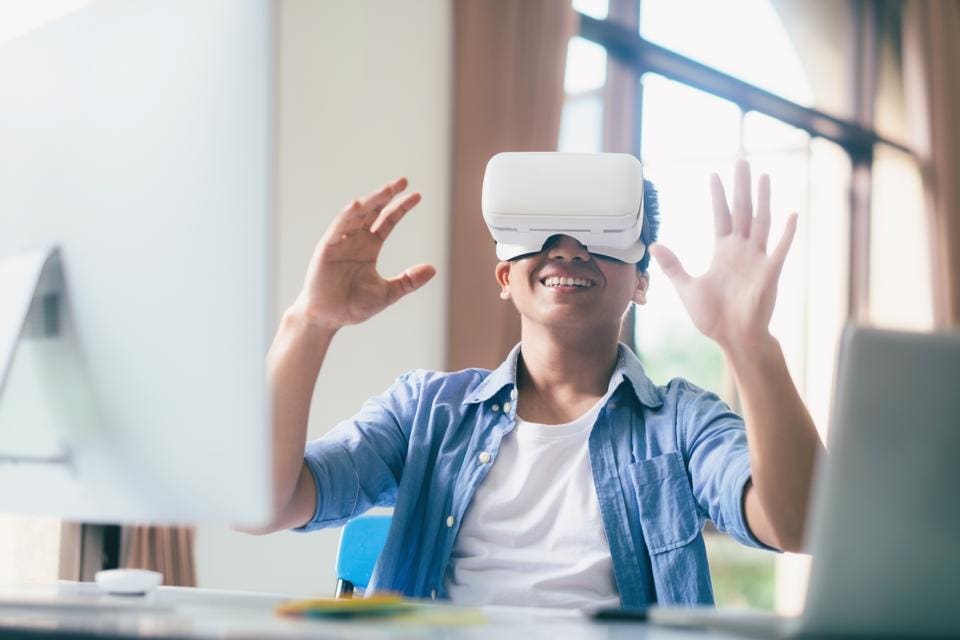 What is Augmented Reality? Have you ever imagined of virtual objects in real world? Well, Augmented Reality does that, like cat ears and whiskers you see on a Snapchat selfie, or how good a particular chair might get fit into a room. Solutions enabling humans to traverse fully immersive computer-generated worlds in the virtual reality and with overlaid computer graphics onto our view of our immediate environment (AR) are both gaining in popularity in both entertainment and industry.

By 2020, both VR and AR applications will become more sophisticated, as devices get more powerful and proficient in creating high quality visuals. Our apprehension of how humans can usefully navigate and interact within virtual or augmented environments will also advance, resulting in creation of more natural methods of interacting and exploring the virtual space.  So let us now unravel the two key trends for 2019:

With AI, both AR and VR developers will successfully build smart and cognitive functionality into their applications. The Artificial Intelligence technology allows computers to understand what they are ‘seeing’ through the cameras which is very important in the operation of Augmented Reality in order to enable objects in the user’s field of vision to be identified. Machine learning algorithms that enhance such features are expected to become increasingly able and sophisticated. If we ponder over more scientific use cases, Google’s machine learning enabled microscope can help identify the cancerous tissues when a pathologist inspects the sample through the viewfinder.

Virtual reality is about putting people inside virtual environments where both environments and its inhabitants are likely to become increasingly intelligent as soon as the next year.

Though fully automatic cars might still be a few years away from becoming a quotidian reality for most of us, but automobile manufacturers have enough of other artificial intelligence technology to blaze us with.

Powered by machine learning, Nvidia’s Drive Augmented Reality Framework uses a dashboard-mounted display overlaying graphic on camera footage from around the car, signifying everything from hazards to historic landmarks along the way. Giants like Audi, Toyota, Mercedes-Benz, Tesla and Volvo have all signed up to work with the technology. In automobiles, Augmented Reality holds potential to enhance safety and undoubtedly within a few years, it is likely we will wonder how we all ever lived without it.

The basic idea behind Augmented Reality is to superimpose the graphics, audio and other sensory enhancements over a real-world environment in real time. And there is nothing new in that, haven’t television networks been doing the same with graphics for decades? However, the difference is that augmented reality is more advanced than any other technology that you have seen in television broadcasts and these next-gen augmented reality systems will display the graphics for each viewer’s perspective. For instance, if you work in construction field, Augmented Reality can help you save on materials by using virtual markers to indicate where a beam should go or which structural support to inspect. Moreover, paleontologists working in shifts in order to collect a dinosaur skeleton could leave virtual notes for the team members on the bones themselves, artists could also produce virtual graffiti and doctors could even overlay a digital image of a patient’s x-rays onto a mannequin to add a touch of realism. Over the next few years, we all are likely to witness considerable jumps in the evolution of augmented reality, both in terms of software and hardware, and numerous other new applications.

Hence, there is no doubt that AR Optimists are seeing a lot of potential for the future, but there’s a long way to go. Still it requires a lot of hard work and probably many more years before the world lives in a truly Augmented Reality.