Playing Video Games is Actually Good for Your Brain – Here’s Why!

Jul 03, 2019adminTechnologyComments Off on Playing Video Games is Actually Good for Your Brain – Here’s Why!Like 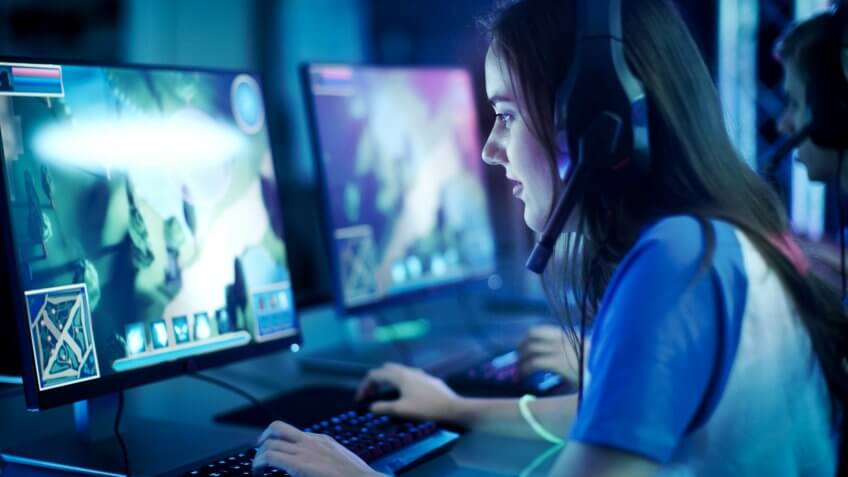 Video games are something that have continued to be the most popular source of entertainment for decades now. You might’ve heard your older siblings or parents talk about how they loved mastering games like Mario, The Legend of Zelda and others. Their fun stories are probably the reason you hooked into playing video games in the first place.

While some may disagree, scientists confirm that playing video games is actually quite healthy for your brain. In fact, one of the neuro-scientists called Dr. Daphane Bavelier has talked about how playing video games have positive effects on the human brain. Gamers between the age of 15 and 35 were found to have increased leadership, creative problem solving and excellent multi-tasking skills, unlike those who didn’t play any video games. So, before you decide to start selling games or checking out Xbox One trade in deals, think twice because there are a lot the benefits that you’ll be missing if you stop playing video games.

In 2015, researchers from the University of California conducted an experiment where they gathered 69 participants. The Journal of Neuroscience, which was published after the research, explained how a third of them who were told to play Super Mario 3D had improved memory after two weeks of continuous playing. However, the ones who didn’t play anything showed no improvements in their follow-up memory challenging tasks.

According to the research, gamers had improved memory due to their highly engaging experience in virtual environments where their problem solving and memory skills are constantly challenged. Similarly, adults and children who play video games on a regular basis are said to have better memory and problem solving skills.

A research published in 2014 called Molecular Psychiatry explains that playing video games significantly increases the size of brain regions. Especially areas of the brain that have the job of memory formation, fine motor skills, strategic planning and spatial orientation.

To prove their theory, they gathered 24 participants and had half of them play Super Mario 64 for 30 minutes a day for a total period of two months, while the other half were told to play nothing. Then conduced MRI tests on them. The results showed increased grey matter in the right prefrontal cortex, right hippocampus, and the cerebellum in the brains of those participants who played the game. However, the ones who didn’t, again showed no improvement in brain functions.

Games like Minecraft and Civilization are proven to offer multiple educational benefits for children by teaching them how to solve problems by exploring different environments.

While video games can help your in improving your brain functions, they can also help you burn fat. How? It’s simple. Exergames like Wii Fit and Dance Dance Revolution encourages gamers to have a consistent dance routine. Not only does this help in reducing fat and getting your body in shape but is also helps in reducing stress level in the brain. Unlike hitting the gym and doing rigorous boring exercises.

Should You Play More Games?

Yes! After reading so many beneficial advantages, who wouldn’t dig up their old video games from the basement? However, it’s always best to play video games on a moderate level every day. Staying up all night, every single day can be bad for your health.